Most Millennials Want to Own Homes.. 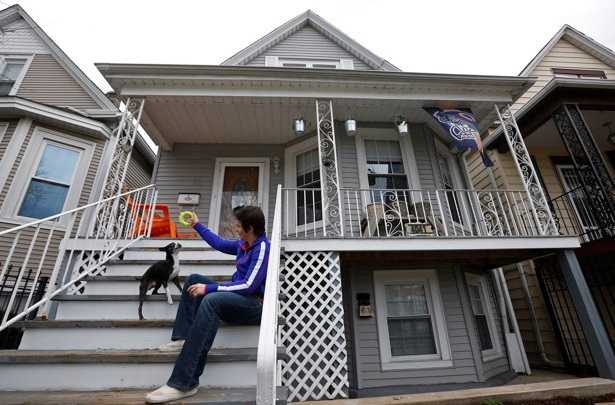 They just don't think they can afford them.

For Generations, homeownership was not only  considered practical, it was also thought to be one of the safest and smartest investment you could make. But the housing crisis of 2008 changed that mindset. Since then, it’s been unclear if the allure of homeownership will return, and whether or not Millennials—who came of age during the downturn—would ever have the means, or desire, to buy homes of their own.

According to a recent report from the National Association of Realtors, first-time homebuyers make up about 33 percent of purchases nationwide; the historical average between 1981 to the period before the boom and bust, was about 40 percent. It’s still largely unclear if the dearth of first-time homebuyers is because of persistent economic instability or because young adults, who typically make up the first-time-home-buying group, were put off of the idea of homeownership by the housing bust. The most recent Allstate/National Journal Heartland Monitor poll tried to assess not only motivation and desire to buy a home, but also whether or not views of homeownership as an important step in American life have changed for older or younger Americans.

Overall, the poll found that older and younger Americans generally regard homeownership as a smart and achievable goal in equal numbers: 72 percent of older respondents said that they felt this way, and 69 percent of younger Americans responded similarly. But the poll found bigger differences when it came to the two groups’ assessments of whether they’d ever be in a position to buy: Nearly one-in-five younger respondents felt that while homeownership is a smart decision, it’s not financially viable for them. Young white respondents were more likely than their minority counterparts to say that their finances probably would not support the purchase. Young women were also more likely than young men to say that homeownership was likely not an economically viable path. And only about 12 percent of respondents, young or old, felt that homeownership was actually a risky or poor choice.

Genevieve Moore, a retiree who lives just south of Atlanta, is one such poll participant.

“I wouldn’t want to be a young person today,” she said. Though Moore has owned her house for more than three decades, she says that things have changed so much in recent years that she doesn’t think that buying is in the best interest of most young people—and as a mother and grandmother several times over, she’s seen, and helped, plenty of young adults trying to strike out on their own.

Moore says that some of her kids went to college and some didn’t, but they’ve all had good jobs over the years and worked hard. Still, stable gigs have often been hard to come by and that makes planting roots difficult. “Not having a job is bad by itself, but imagine having a mortgage to pay, too,” she says. Moore reasons that at least with a rental, you have the option of freeing yourself of the financial burden more easily than if you owned a home outright.

The poll also asked Americans about what community attributes made a place a good place to live. There was consensus across age groups that safety and good schools were most important. About the same share of younger and older adults rated highly the value of a walkable community with good access to public transportation.

There was more differentiation between generations when it came to feelings about geographic mobility. When asked what would be best for their career and family life, the majority of older Americans, about two-thirds, said that staying put was the best option. Conversely, younger Americans were evenly split on the question, with about 50 percent saying that moving would be a smart choice.

Moore says that she understands the desire to move and look for better opportunities elsewhere, but from what she’s seen it often doesn’t pan out that way. One of her kids moved farther south for work, and while he was able to find steady employment, he’s not exactly thriving she said, plus now he’s removed from his family and support network. “It’s not like he’s doing great.”

According to Moore, things are just generally less stable now and that means people should think twice before buying into old traditions, “Before you had one job that you could stay at your whole career. You knew you could buy a home, and have a car and a family. All that’s changed now.”